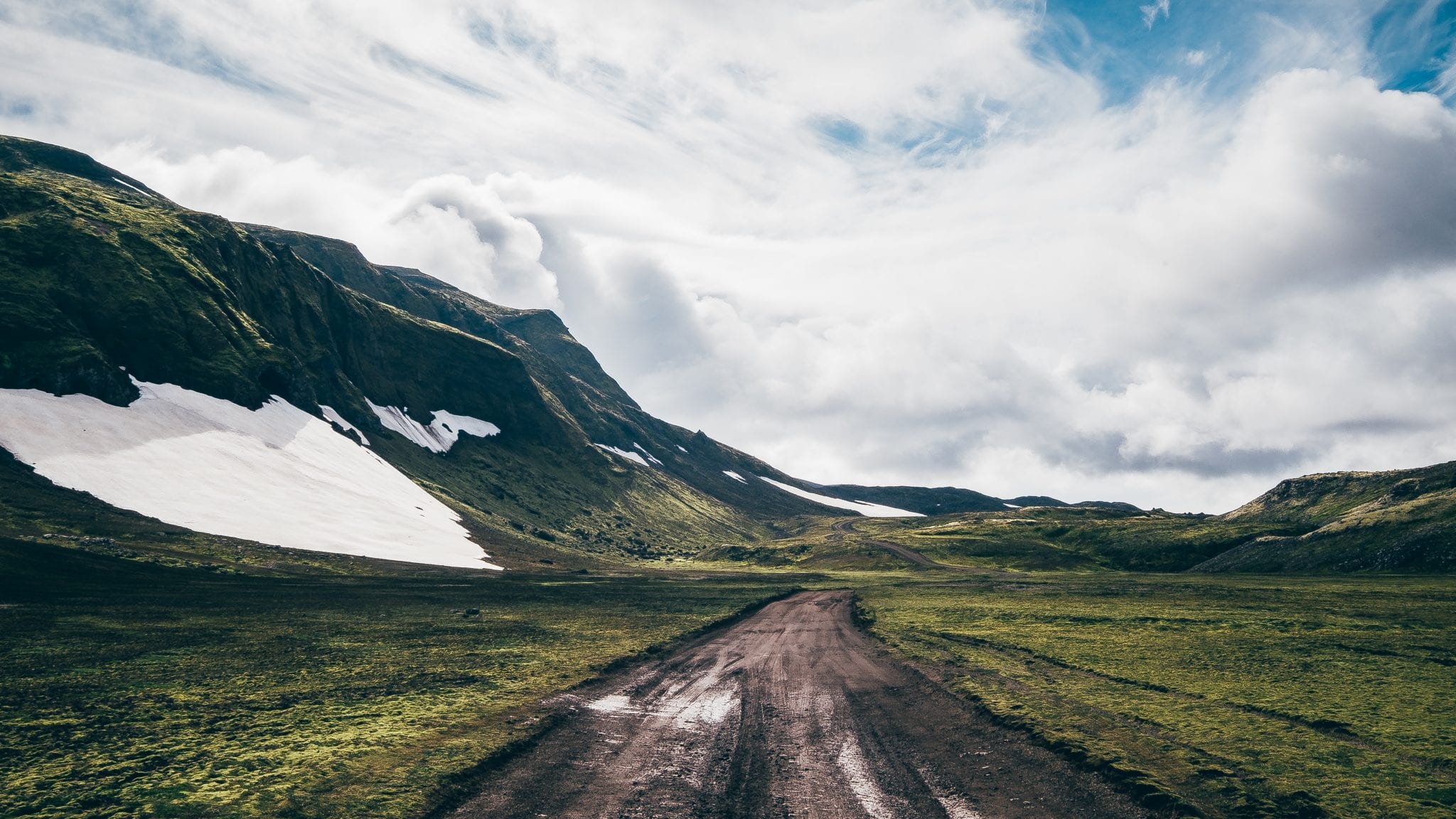 When it comes to beauty, West Iceland more than holds its own in a country packed with superlative places. Here are our suggestions for the top ten beautiful places in West Iceland. Which will you visit first? 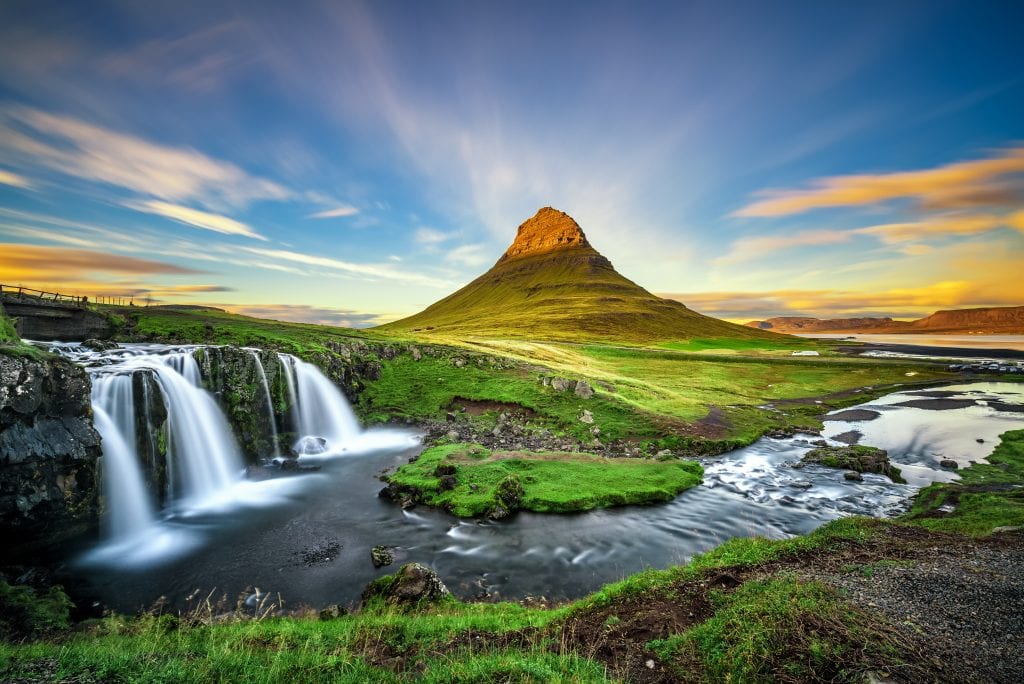 Church Mountain is one of the most iconic sights in West Iceland. Bathed in warm light at the beginning or the end of the day, its beauty becomes almost ethereal, particularly if you’re viewing it from beyond Kirkjufellsfoss so that the cascades of water from the falls soften the towering hulk of the mountain. No wonder it’s become a favorite spot for photographers. 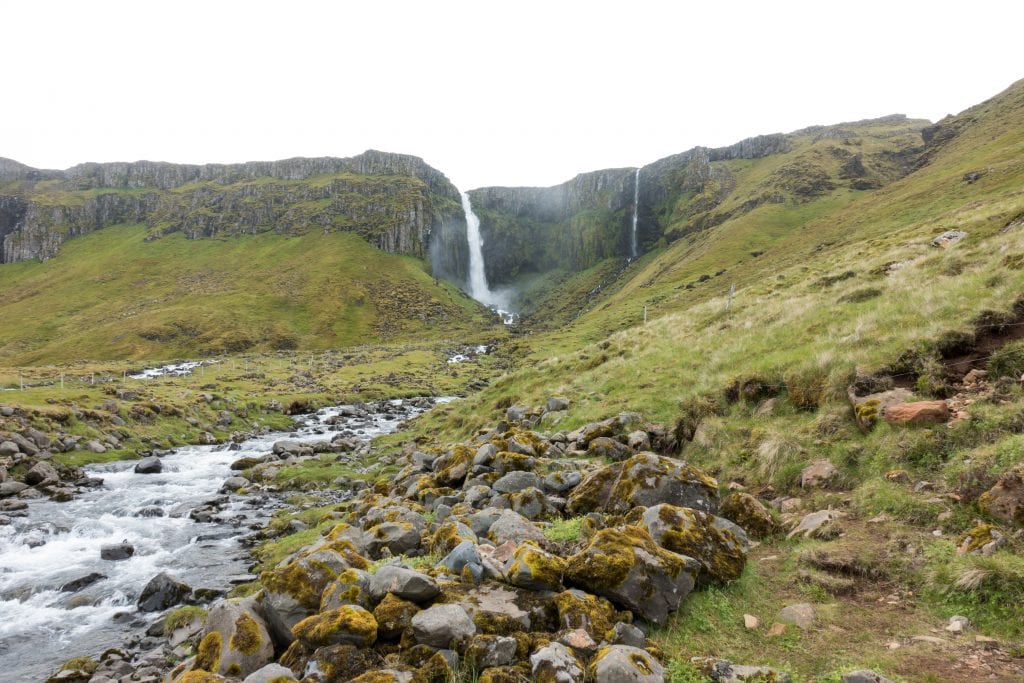 In a nation with so many spectacular waterfalls, it’s not hard to hunt one down that’s off the beaten track. In fact, if you head for the town of Grundarfjörður you can double your chances. Kvernárfoss lies in the hills above a horse farm. Some say it is a concert hall for elves and that if you listen carefully you will hear the sound of these mythical creatures singing. Want to be alone with your thoughts? A short hike leads you to the 70 meter high Grundarfoss. From the top, the views are as magical as the sound of silence broken only by tumbling water. 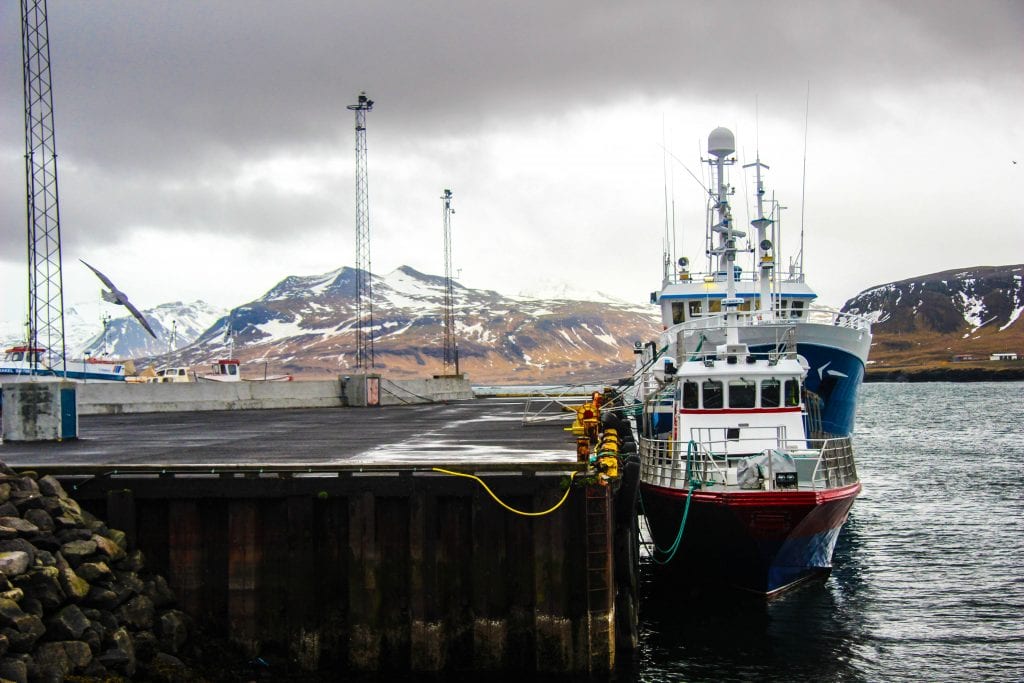 When it comes to quaint harbors, the tiny fishing port of Ólafsvík is the bee’s knees. Just a thousand people call the town home, but thanks to a steady stream of visitors, the place supports a fascinating museum housed in a 19th-century trading store. But it’s the pop of color from its boats, which, set against a brooding sky, gives this place its enduring beauty. 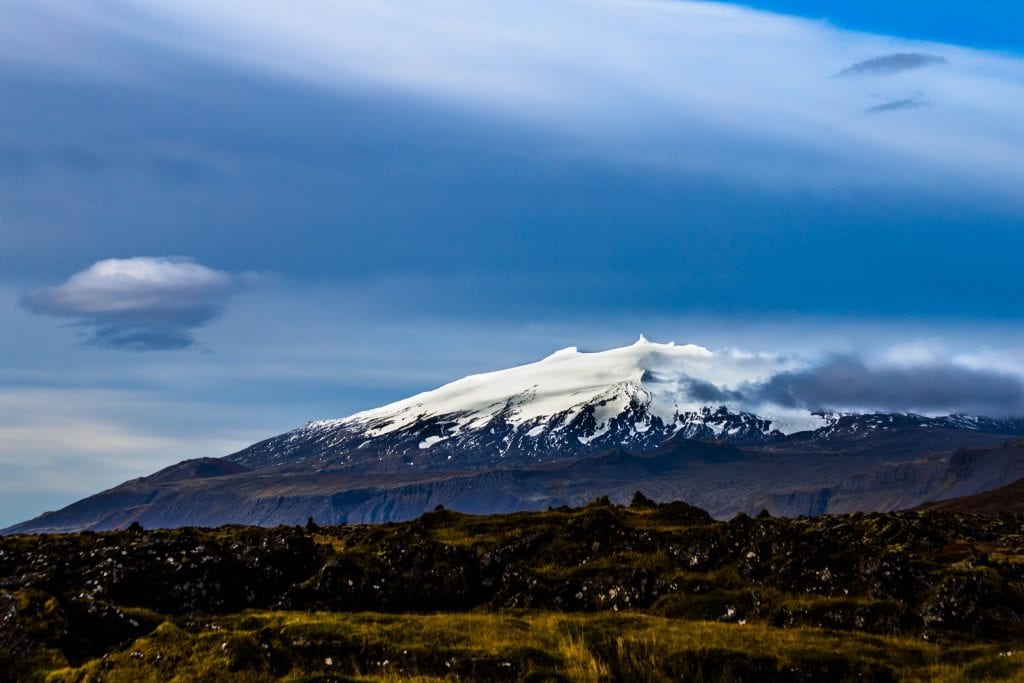 The undisputed highlight of a visit to Snæfellsjökull National Park is the sight of the sub-glacial volcano Snæfellsjökull. Instantly recognizable because of its twin peaks, on a clear day you can even see it from Reykjavik. Its majesty inspired Jules Verne to write his epic novel “A Journey to the Centre of the Earth” and its beauty will rouse you too.

Part of Snæfellsjökull National Park, Lóndrangar deserves a special mention on this list. Its sea stacks rise from the ocean, the remains of a volcanic plug worn down by the waves over the centuries. This wild scene forms one of the most dramatic stretches of coastline in Snæfellsnes. Though you can view it from the cliff top, for the greatest impact it’s best to follow the trail down to the beach itself, though take care if you do. 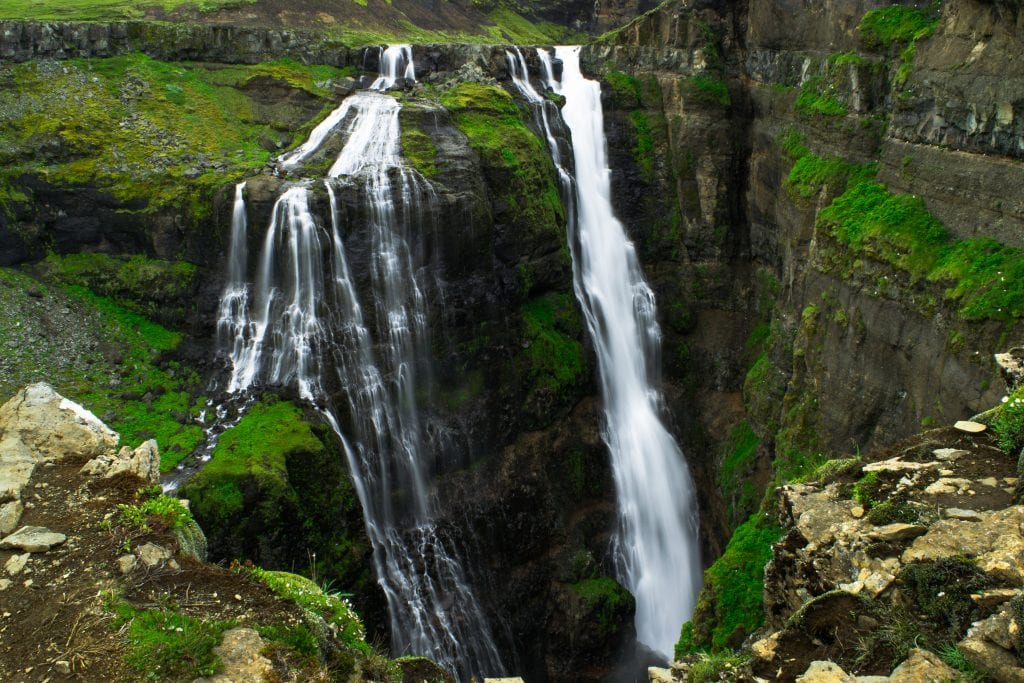 Measuring almost 200 meters tall, this is Iceland’s second highest waterfall, beaten only by Morsárfoss in Vatnajökull. Water cascades over a cliff at the end of a moss-covered canyon. Accessed by what surely must be one of the most magnificent hikes in the country, the trail in part dips in and out of caves and fords the river itself. 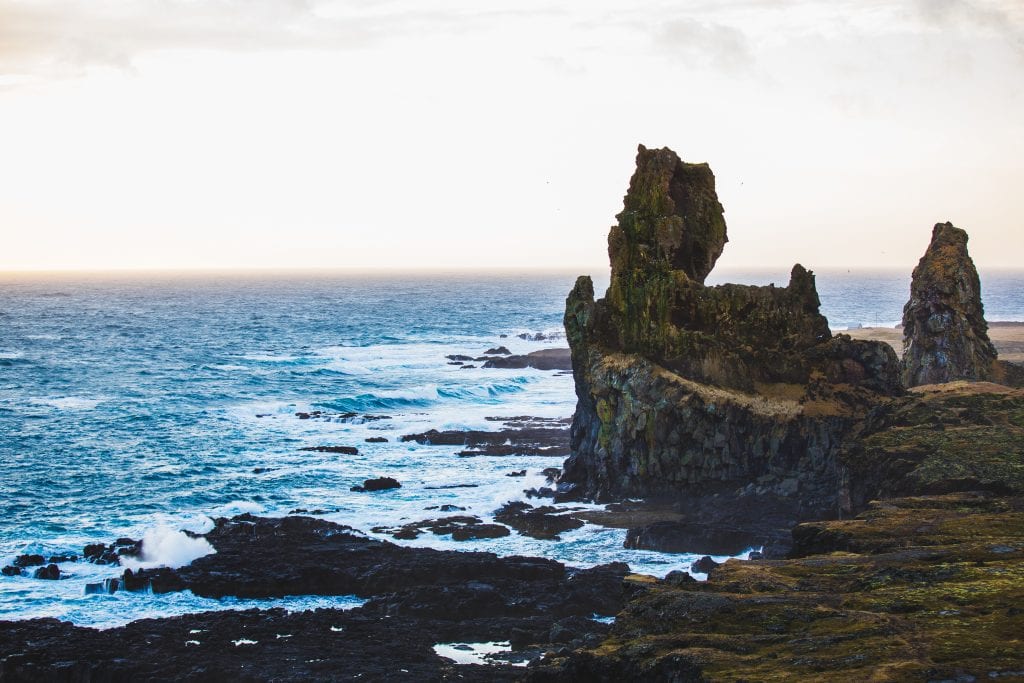 In size, the hulking mass of Vatnajökull overshadows Langjökull, but great things come in small packages and the saying’s true for Iceland’s glaciers. Viewed from the air, you can see volcanic calderas; from the ground, in places peaks emerge from the icy landscape that stretches as far as the eye can see. Beneath the surface, things are equally stunning, with a plethora of gorgeous ice caves to explore. 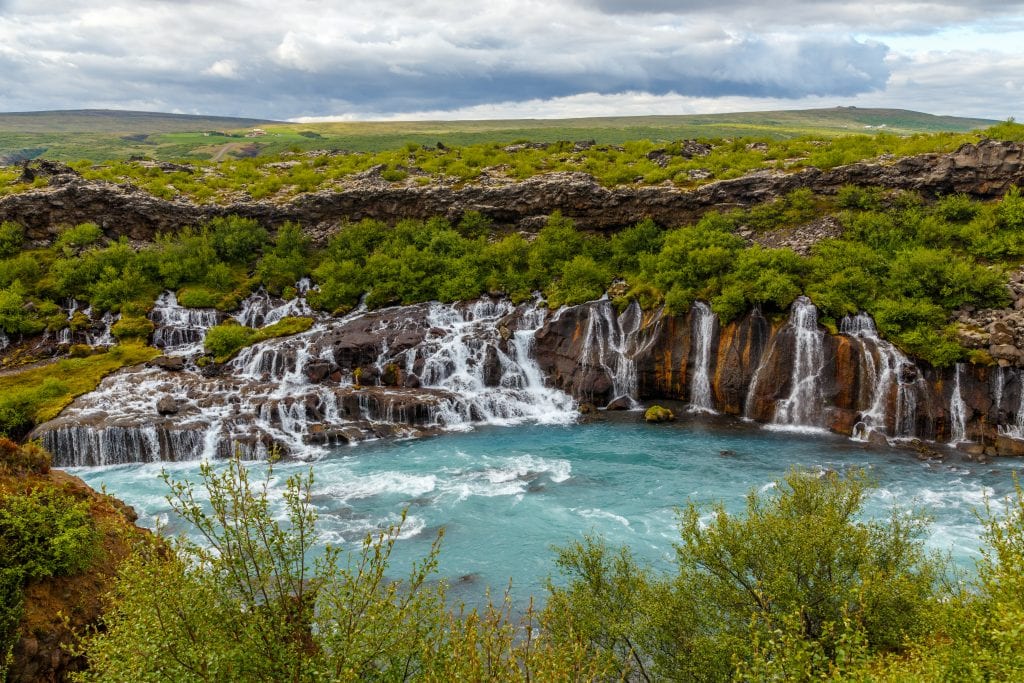 At the edge of a lava field created by a volcano beneath Langjökull, water pours over a ledge into the Hvítá river like ribbons of lace. Some liken it to watery lava, giving the spot its nickname, Lava Falls. The area is riddled with caves and rock-strewn valleys. In autumn, the vegetation above the falls adds an injection of color making this one of the most photogenic spots in West Iceland. 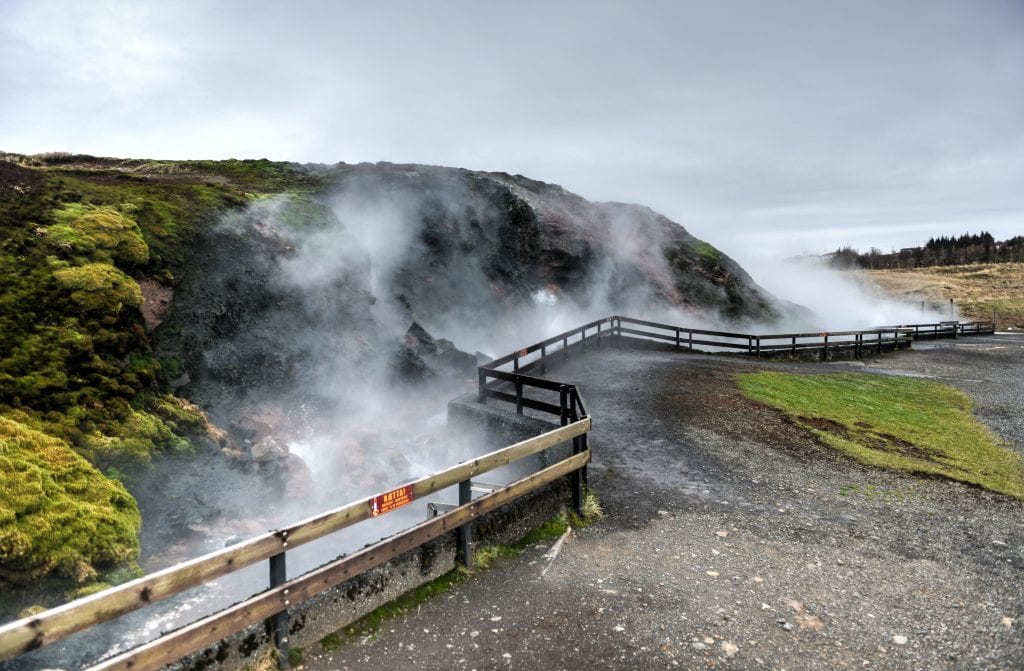 An estimated 180 liters of water per second emerges from Deildartunguhver thermal spring, making it Europe’s highest flowing hot spring. Wooden walkways help visitors pick a safe path between rivulets of water that have a temperature of 97°C. If you can drag yourself away from nature at its most beautiful, take a dip in Krauma Geothermal Bath & Spa, the local answer to the Blue Lagoon. 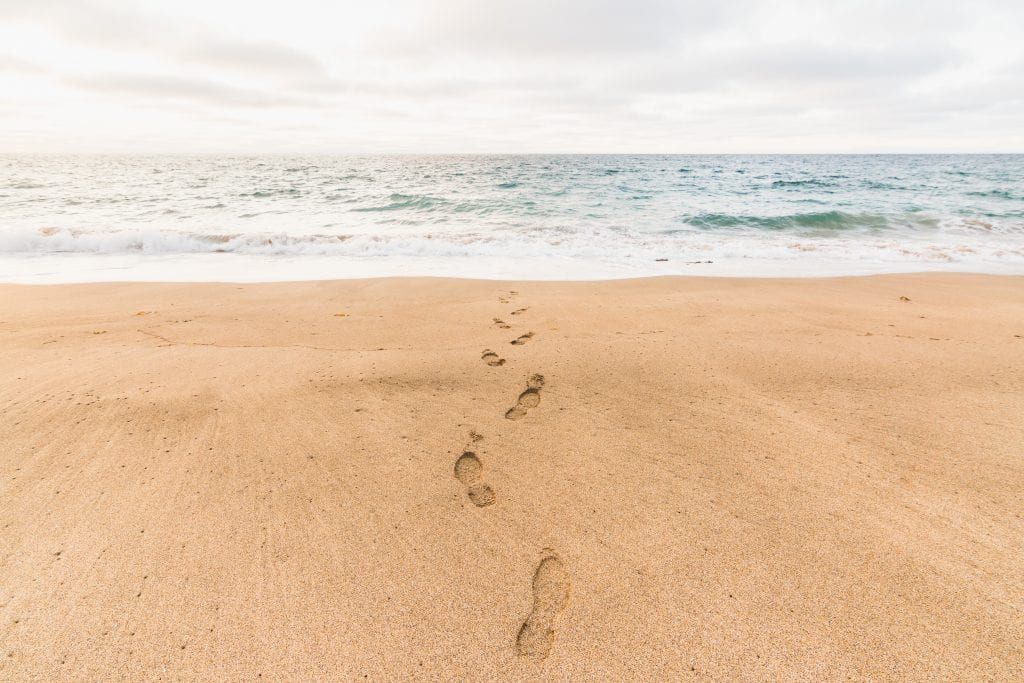 The majority of Iceland’s beaches are formed of black volcanic sand, so visitors can be a little surprised when they encounter the golden hues of Skarðsvík. On a sunny day, the water a vivid turquoise, you might for a minute believe you are in another country, but the exceptional beauty of Skarðsvík belongs of course to Iceland.

That’s our picks. Which one takes the top spot for beauty on your West Iceland list?