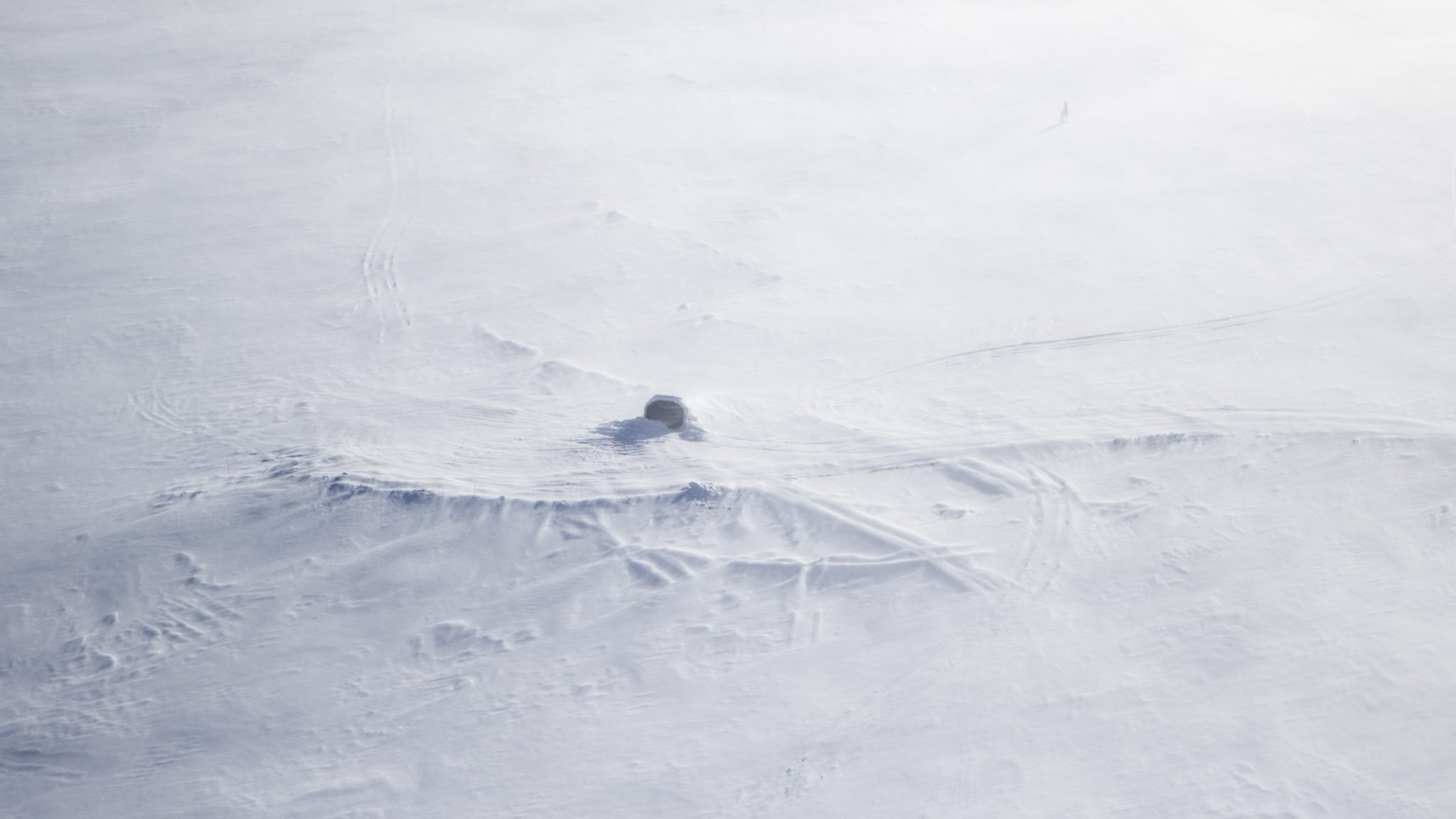 It’s Iceland’s second largest glacier after Vatnajökull and the closest to the nation’s capital, Reykjavik, but what else do you need to know about the tongue of ice whose name translates as the “Long Glacier”?

How big is Langjökull?

Langjökull might be the second largest of Iceland’s glaciers, but it still covers a massive area, around 950 km2. That makes it pretty much the same size as the Turks and Caicos islands in the Caribbean and larger than Singapore, St Lucia or the Seychelles. It’s also – obviously – much colder than all of them. 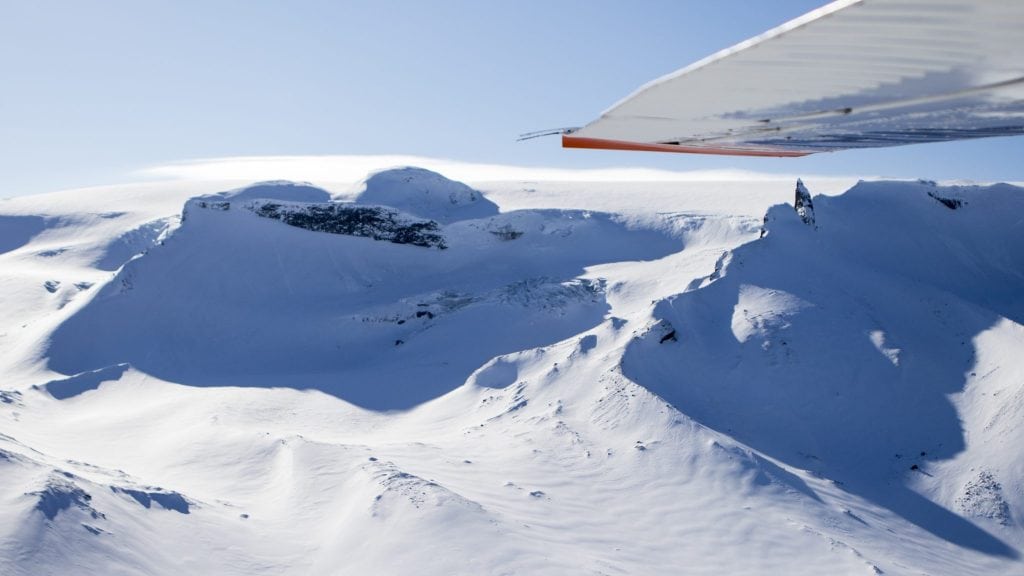 In places the ice is over half a kilometer thick. Centuries of snowfall have been compacted to form a river of ice that slowly slips downhill under the influence of gravity. Nevertheless, global warming poses a very real threat. The rate of retreat has gradually been increasing and the glacier has shrunk. While most scientists say it has around 150 years left before the ice has completely melted, the worst case scenarios give it a life expectancy of just 50 years.

So should we be worried?

We’re a long way off before the landscape beneath is revealed. Right now you can see the peaks of a few mountains rising above the surface of the ice. Fly over the top and you will also glimpse the calderas of a couple of active volcanoes. Surprisingly, all this ice creates few rivers, on the surface at least. 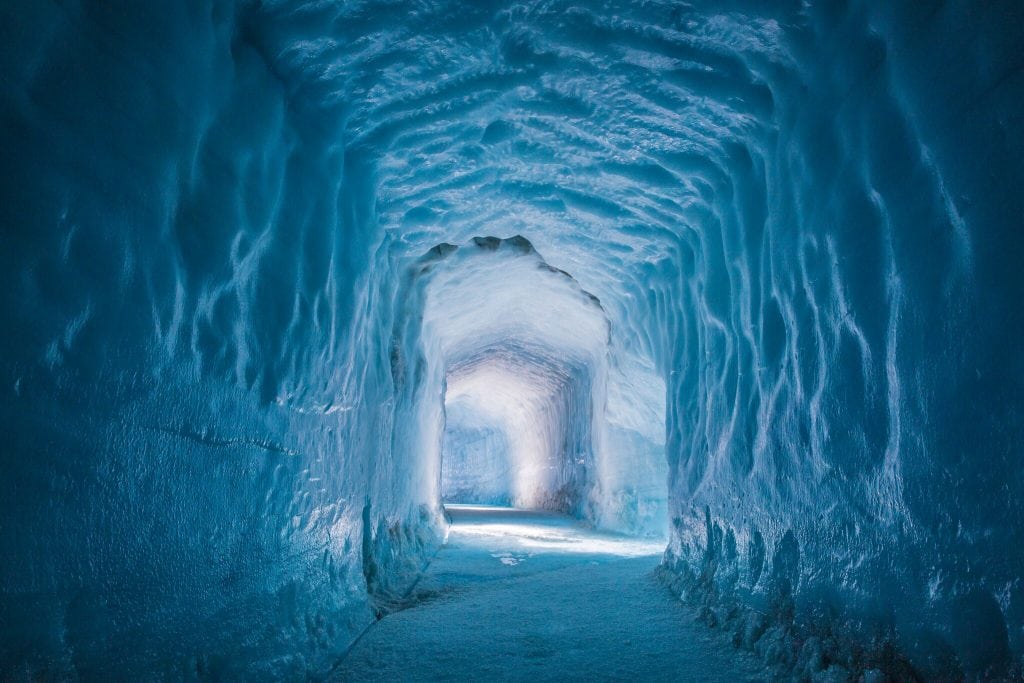 Nevertheless, Langjökull glacier feeds Þingvallavatn, Iceland’s largest natural lake. Ironically, this frigid body of ice is also responsible for some of the country’s naturally occurring hot springs – it might be cold water that seeps out of the glacier but geothermal energy created by those volcanoes we mentioned soon heats it. Fortunately, the chances of one of the volcanoes erupting is fairly small; this isn’t one of Iceland’s most active regions in that respect, with only 32 recorded eruptions in the last 10,000 years.

What’s the attraction at ground level?

Langjökull hooks an adventurous crowd. It’s one of the top spots in the country for super jeep and snowmobiling tours as well as attracting plenty of skiers and hikers. Even the attractions of the Golden Circle, Iceland’s biggest draw card, exist as a result of the glacier. Gullfoss waterfall gets its water from the Hvítá River, which flows right out from Langjökull. 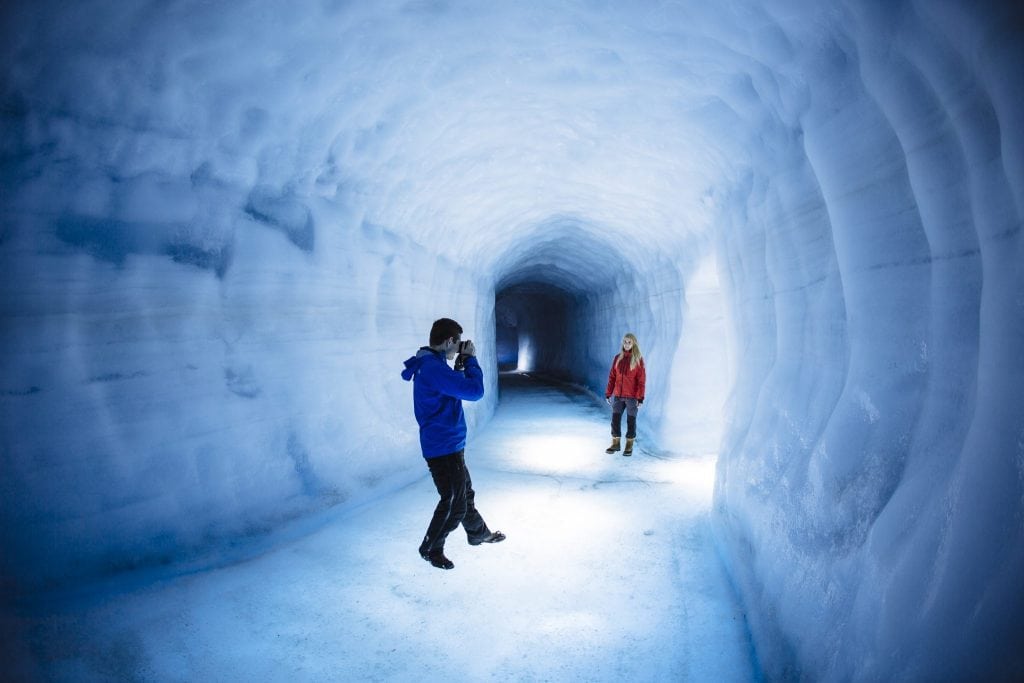 Meltwater from the glacier feeds the hot springs at Geysir and part of what makes Þingvellir special is its extraordinary setting. The water at Silfra fissure, perhaps the clearest spot in the country for diving and snorkelling, originates from Langjökull. 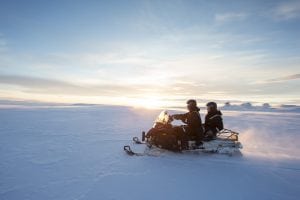 But in fact, one of the most popular attractions of this vast body of ice isn’t on the glacier – it’s in it. Year round, a manmade tunnel cut into the ice means that visitors can experience what it’s like to be inside a glacier. Vivid blue colours make this a magical environment. Visitors get an insight into how glaciers work – the weight of the glacier squeezes out any air bubbles as it compresses the ice. 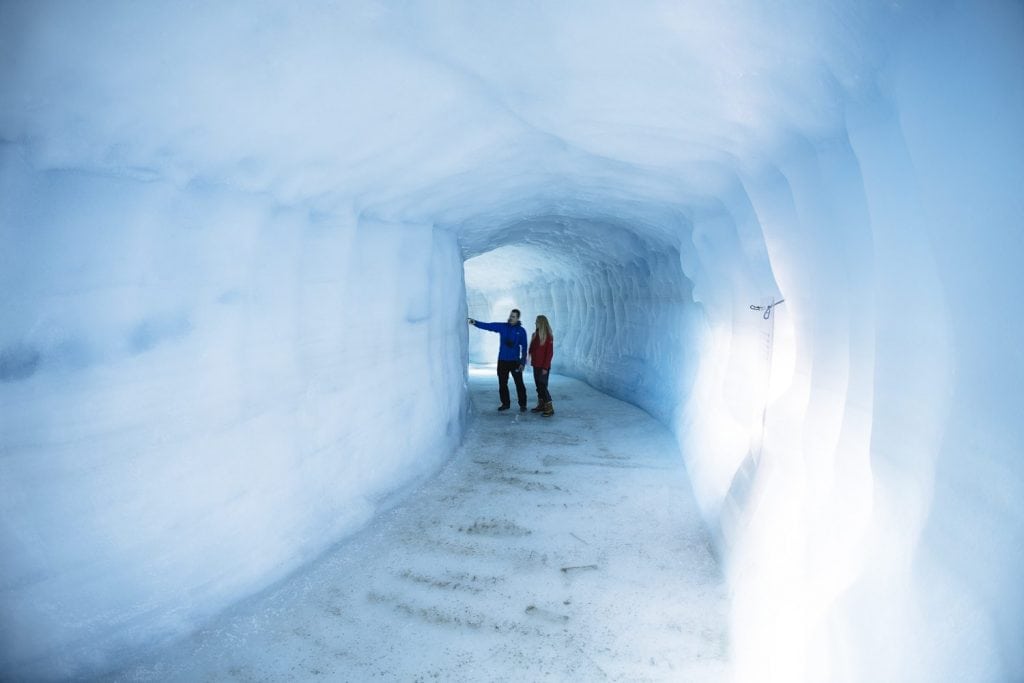 So when’s the best time to visit Langjökull?

Unlike some parts of Iceland’s interior, Langjökull is a year-round destination. Offroading by super jeep is possible summer and winter; driving over the rough terrain and ice is a thrilling ride. Similarly, snowmobiling can be enjoyed throughout the year and the glacier’s proximity to Reykjavik makes this activity a popular day trip. 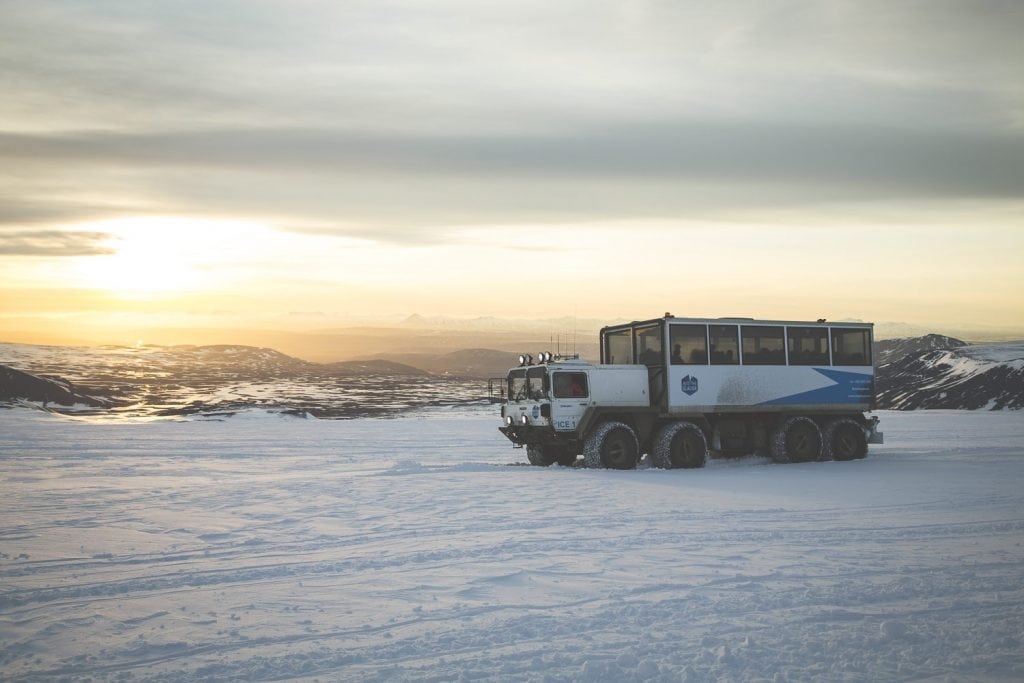 And while cross-country skiing and hiking are weather dependent, you can be sure that whatever time of year you arrive, there’s an excursion that gives you the opportunity to experience Langjökull for yourself. Just don’t go by yourself – this is an unforgiving environment and with rapidly changing conditions a real possibility for danger is always present. So keep in mind that it’s always best to venture out with a knowledgeable local guide. 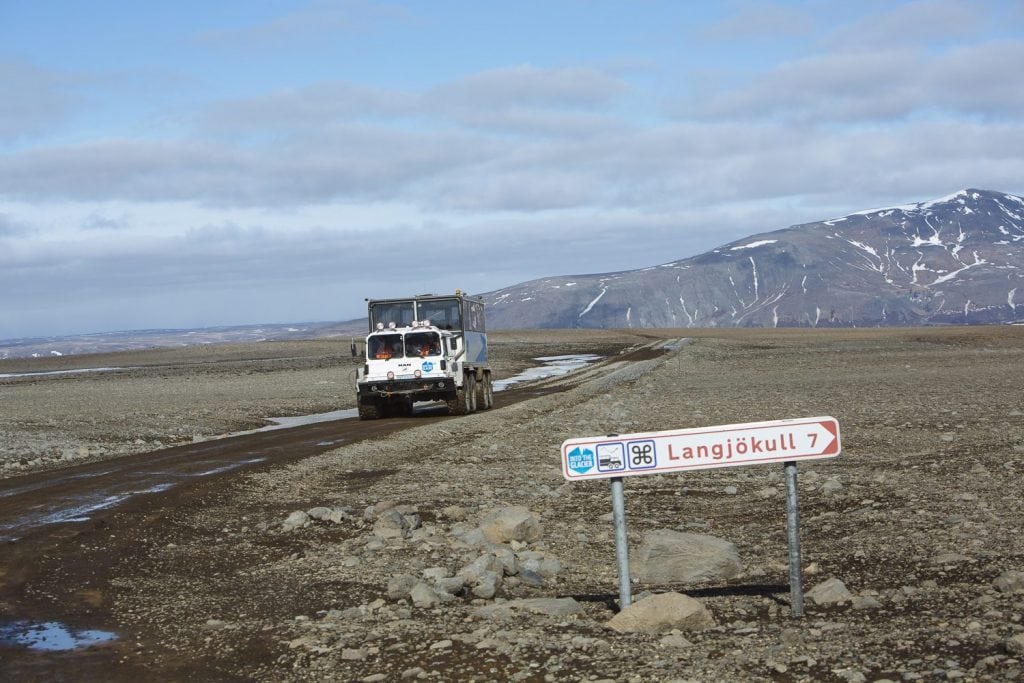