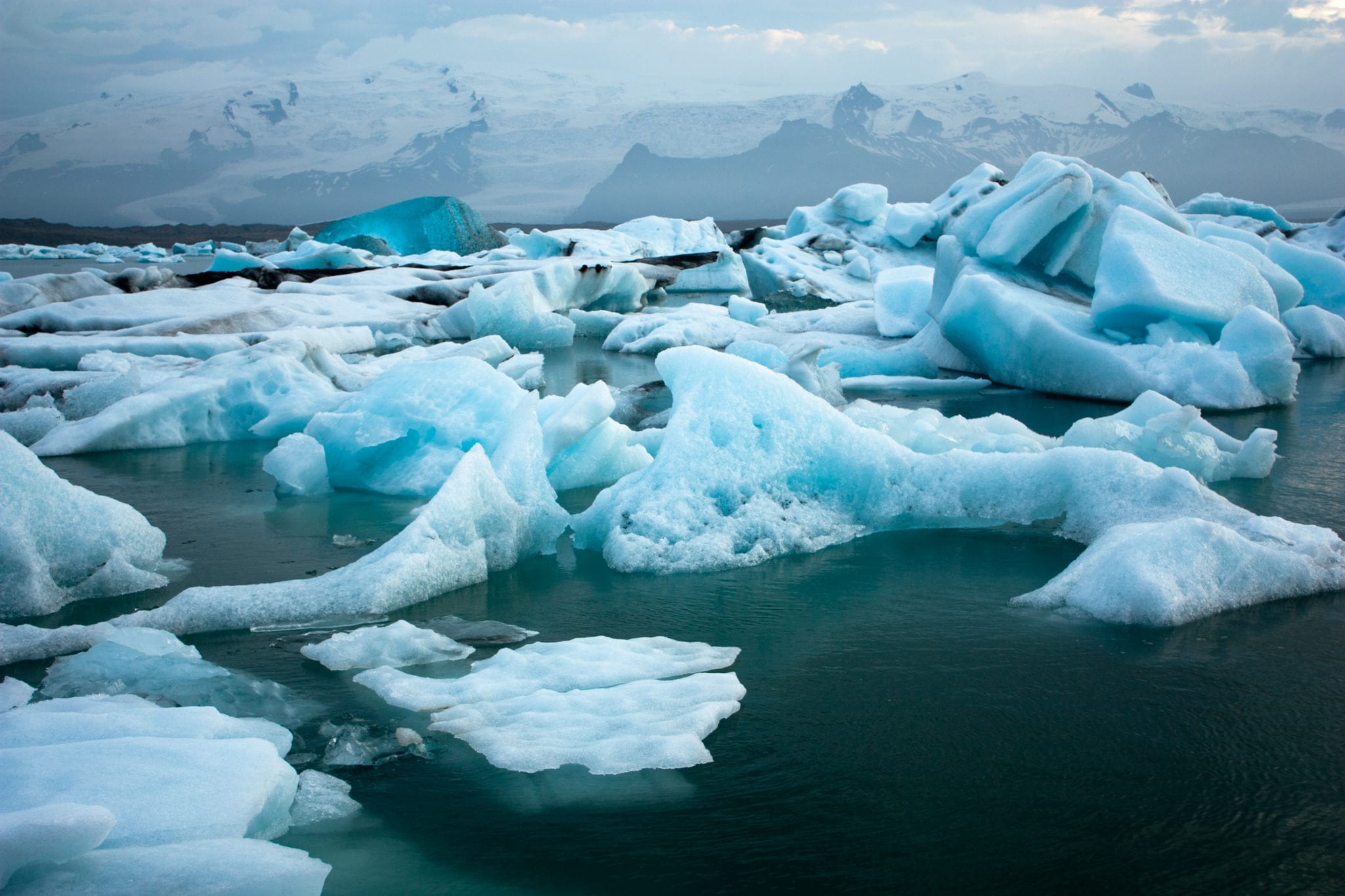 In August 2019, Icelanders sent a message to the future. Written by author Andri Snær Magnason, it read:

“Ok is the first Icelandic glacier to lose its status as a glacier. In the next 200 years, all our glaciers are expected to follow the same path. This monument is to acknowledge that we know what is happening and what needs to be done. Only you know if we did it.”

Take a moment to reread that last sentence. It’s only seven words long, but they might just be the seven most poignant words ever written in Iceland’s long history. Climate change poses a very real threat to Iceland’s unique landscape and what’s happened to Ok is tangible proof that we can’t take that landscape for granted. What was once Okjökull glacier in Borgarfjörður, West Iceland, was stripped of its glacier title almost five years ago and renamed Ok. The decision was taken after it became too thin to sink or to move under its own weight, both prerequisites for being classified as a glacier.

Right now, around 10% of Iceland’s land surface is covered by glaciers, the largest of them Vatnajökull, which is also Europe’s largest glacier. Even if you can mentally write off tiny Okjökull, think about the implications of losing an ice sheet that’s currently a kilometer thick in places and covers an area measuring 7,900 km². By the time Vatnajökull melts, the country will have already mourned the loss of every other glacier in the country, including
Snæfellsjökull, Mýrdalsjökull and Langjökull.

The ceremony on August 18th to highlight this threat was a serious one. Under the inscription, the figure 415 ppm CO2 was recorded. This is a reference to the amount of carbon dioxide recorded in the atmosphere earlier in 2019, a record level. According to an article published last year by a US government agency, carbon dioxide levels are higher now than they’ve been at any time over the last 800,000 years. When you look at historic climate data, though it’s normal for there to be warming and cooling cycles, this rapid rate of global warming is unprecedented. 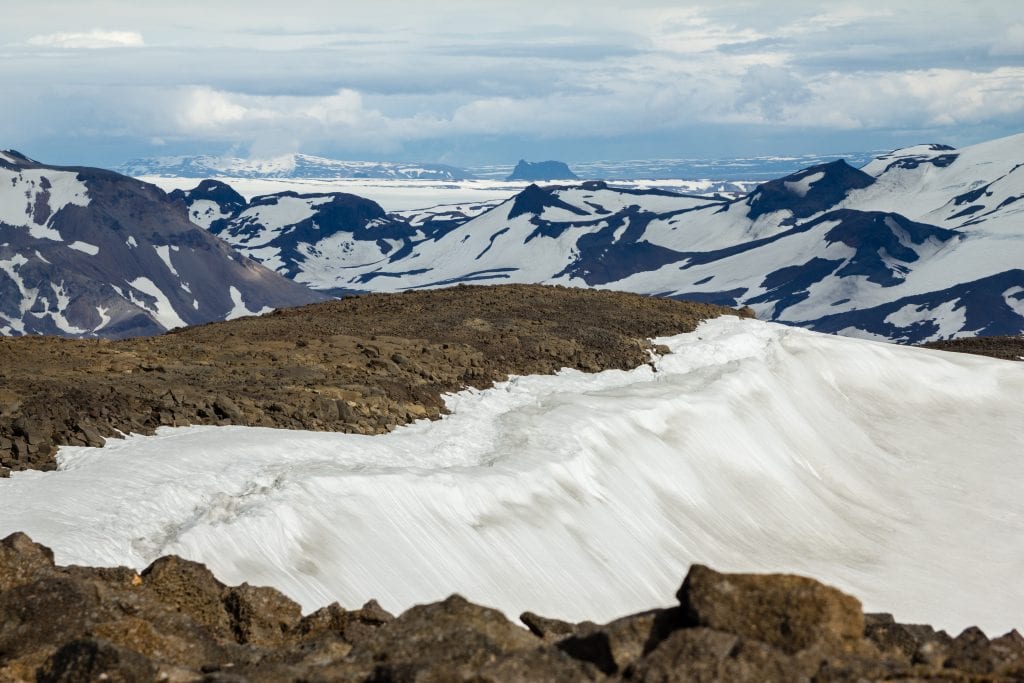 What’s exacerbating this rate of change is the burning of fossil fuels. When burned, coal and oil that have taken millions of years to form are releasing stored carbon back into the atmosphere in a timeframe that’s worryingly short. But why does that matter? Carbon dioxide is a greenhouse gas. That’s the official term for a gas that absorbs heat. And although gases like methane and nitrous oxide absorb more heat on a molecule by molecule basis, they don’t come close when it comes to abundance or longevity. Put simply, carbon dioxide in the atmosphere gets hot and stays hot. The more there is, the bigger the problem we’ve got. It’s a fine balance between ensuring the earth is warm enough for our survival or too warm for us to survive. We’re teetering on the precipice and if we don’t act fast, we’ll go over the edge. 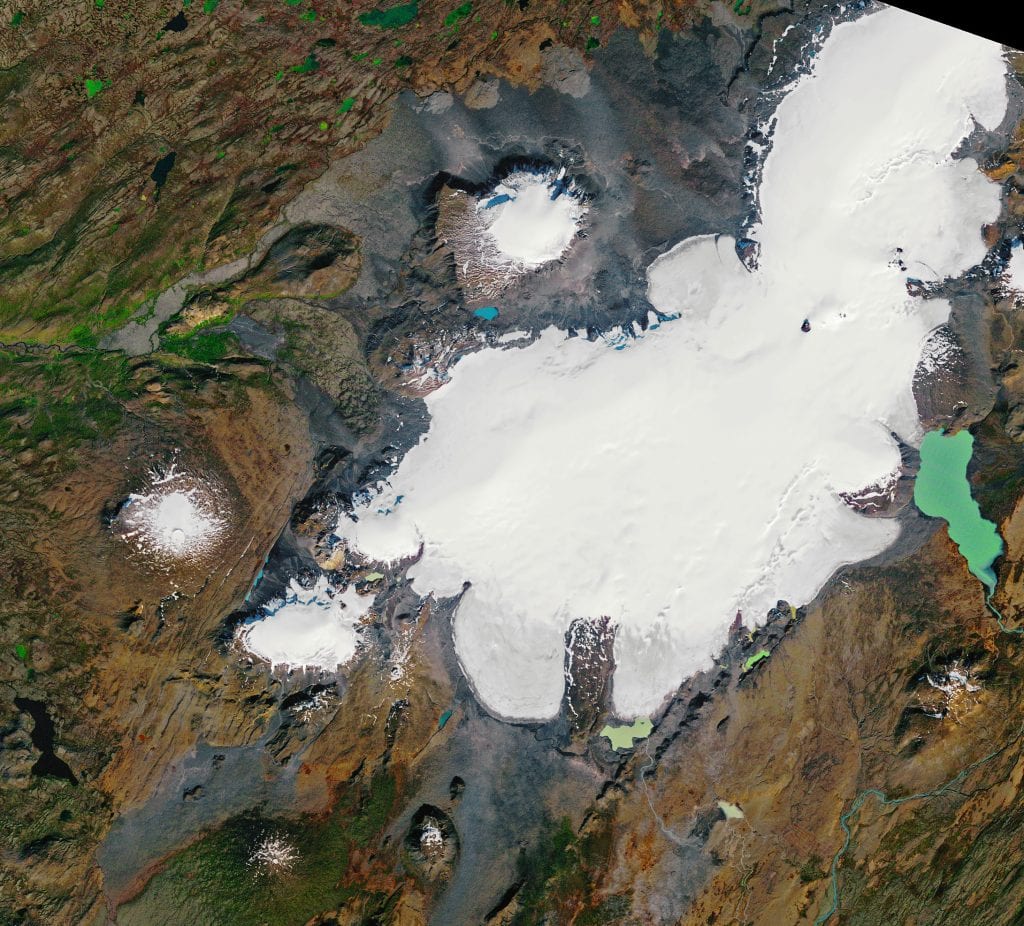 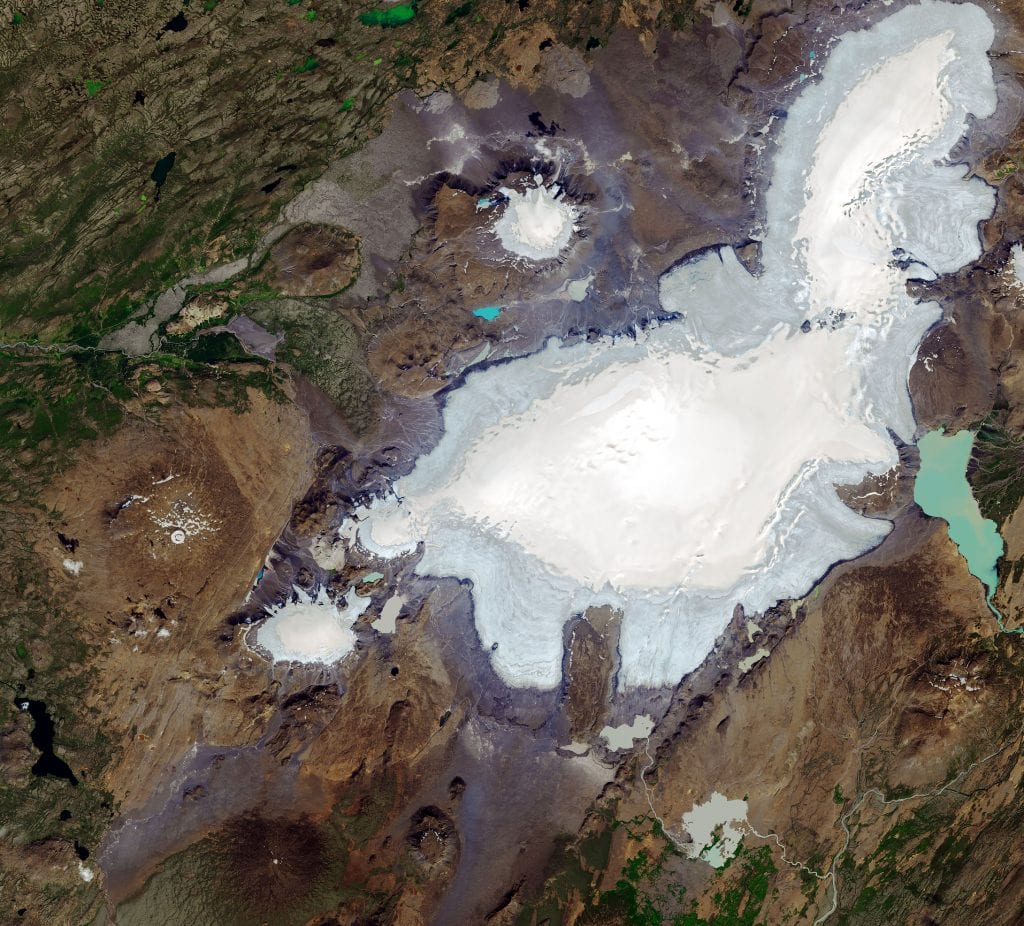 Images showing the melting of the OK located near Langjökull Glacier. The OK is the leftmost snow mound in the first picture. It can bee seen as an almost non existent in the second. NASA Earth Observatory images by Joshua Stevens, using Landsat data from the U.S. Geological Survey

Though it would be easy to dismiss the memorial plaque for Okjökull as a mere publicity stunt, the reality is that its demise is of enormous concern not just to Iceland but to the rest of the world. The country’s glaciers and the lakes that they seasonally replenish are essential to its tourism industry, hydro-electric power generation, fish stocks and cultural heritage. If you’re wondering about that last one, think about it: without ice, what is the nation they call Iceland? 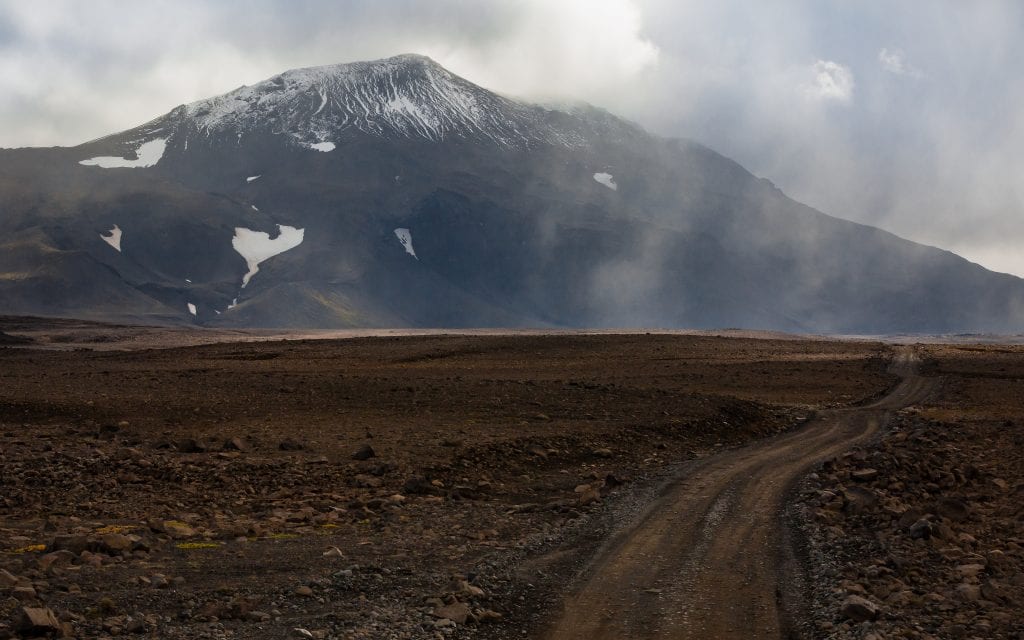 If we allow Iceland’s glaciers to follow the same path as Ok, then the resultant meltwater will add a centimeter to the world’s oceans. It’s easy to dismiss that statistic as insignificant, but replicate the process across the world and the future for the many millions of people living by the coast is bleak as they face the nightmare of flooding or the loss of their homes. Climate change will also wreak havoc on farming. Crops at the agricultural margins will be unable to thrive and food sources threatened as a consequence. Hardest hit will be those without the means to adapt or afford the price hikes that will inevitably follow.

Remember, we erect memorials to commemorate the dead, but they’re for the living. It’s too late to save Okjökull, but there’s still time to act before we lose Iceland’s other glaciers. We need to change our behavior. If up to now, you have been a climate change skeptic, then this might just be your wake up call. And wake up you must, because if you don’t, Iceland’s breathtaking glaciers will be consigned to the dustbin of history with truly devastating consequences for all of us.